The Miss Kelowna Lady of the Lake pageant emerged from the Regatta Queen which started in 1931. The Kelowna Gyro club had been sponsoring the May Day celebration which merged with the Regatta Queen to become the Lady of the Lake Pageant in 1934.  The Gyro Club continued to sponsor the pageant for a number of years and still sponsors a Lady of the Lake candidate each year. The candidates are also sponsored by Kelowna’s three Rotary clubs, Grant Thornton, RBC Dominion Securities, Castanet and other sponsors which vary from year to year as well as the Pageant committee itself. 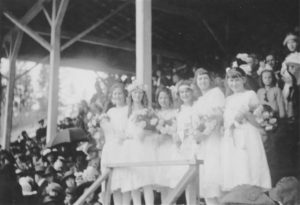 tes are all from Kelowna and between 16 to 18.  They go through a rigorous training starting in January with public speaking, dance, makeup, etiquette, networking, car maintenance, fashion and presentation. The Lady of the Lake and her princess are announced at the Pageant in July.  The program is coordinated by Marya Raty, Director of Candidate Training and supported by ten to thirteen volunteers.

The program brings out the best in these girls. Throughout the seven months training the emphasis is, Strive for Excellence. The candidates learn, ‘it’s what’s in the inside that counts’ and how to bring it out. The Kelowna Gyro Club is proud of its 86 year history and continued support of the Lady of the Lake Pageant. 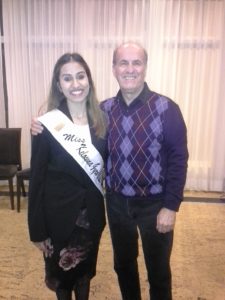 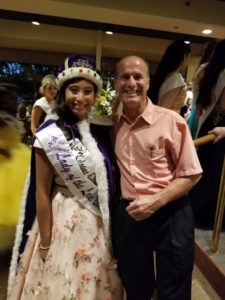